Watch Stein;Gate if you haven't already.

So I mentioned last post that I’m studying medical biophysics, and I wanted to write a little about that here. At the University of Western Ontario (or Western University, whichever you prefer), we have a program called Medical Sciences, which really is your standard life sciences/premed program in many aspects. What sets it apart is the option to specialize in one of many different modules in third year. Students not only learn about the discipline, but also get the chance to work with real researchers in the area. There is some amazing work coming out of Western, in large part thanks to the many research facilities in London (such as Robarts, Lawson).

Medical biophysics is one of the modules available, and it’s one of the smallest programs (most students choose physiology, biochemistry, or not to specialize at all). I think part of the reason why is because of the widespread fear of physics (which is something that I wish to explore in a future post), but the result is a program with less than 20 people. Despite this, I still expected more people because biophysics is one of the strongest areas of research at Western, due to the imaging technology made available by Robarts.

It’s been a while since I’ve posted any updates because school has been super busy. In the program I’m in, third year is when you get to specialize in different modules, and I chose one called Medical Biophysics. It’s been a lot of work but really a breath of fresh air compared to the standard biology/chemistry/orgo/etc. of the last two years.

I finally had some time to breathe so my friend Henry and I are really pushing to finish off a research project we started in the summer. I won’t go into too much detail here but it requires a lot of coding in MATLAB, so I was really frustrated when MATLAB wouldn’t boot properly on my lab computer. I tried restarting and debugging and everything I could think of, but nothing would work. I blamed the computer for being problematic (I mean, who does scientific research on a hackintosh OS X 10.6??) and I had given up when Henry pointed out that I actually had 2 monitors plugged into my computer…and behold, MATLAB was running on that other monitor.

I’ve learned that sometimes you really have to just chill out.

Today, I set out to install git on my work computer; I figured that it would be helpful, in addition to providing version control, to have my work easily accessible on my laptop. I asked someone with admin privileges to just let me install git 2.7.1 using the Mac OS X installer, but it turns out that Snow Leopard is just too old, and not supported (for anyone who might have the Illegal instruction error). As someone who primarily uses Windows, I really have no feel for the different versions of OS X and how old everything is, so that didn’t help.

I didn’t want to bother my coworker, so I set out to just build git from source. The version that works is git 1.8.4.2, according to the Internet. Maybe a newer version works, too, but I’ve already spent too much time on this. On my first attempt, I actually installed 1.6.4.2, following the instructions here.

Anyhow, one thing that really messed me up was that I kept forgetting to run the configure script. I thought that all the ‘configuration’ was done in the make file, but I guess I was wrong. In any case, you can install git locally (no admin privileges

Today I decided to revisit this. One thing that I really wanted to do is to learn how to use Git. In the past, I used Github’s desktop app for Windows, but I always found that it was very confusing and slow. I’ve been using the new Window’s Subsystem for Linux a lot recently, and decided to just sudo apt-get git (I should probably just download git for Windows, but whatever).

Along with this link I saw on Hacker News (or Reddit? I don’t remember), I understand how Git works a lot more now, and I’m actually loving the tool. Maybe one day I’ll be a Git master, but right now I’m just happy that I know how to commit and push things without too much hassle.

I don’t think I’ve ever actually blogged before. I started a blogspot in 6th grade or something to post the homework, but that’s about it. Regardless, I need an outlet to share and organize my thoughts, rants, and other ideas.

As of the time of writing, I am a second-year student studying Medical Sciences at Western University. So obviously, I’ll be blogging about a lot of school things; that is what my life is comprised of right now. Maybe some student following in my steps can find my experiences helpful, but I doubt it.

I’ll also document other projects, endeavours and just random thoughts about life here. Just setting this thing up has taught me a lot about Git, Jekyll, and Poole (I’m using the Hyde theme of Poole to run this), and hopefully I can share some of what I’ve learned.

But I have an orgo exam to write soon, so I guess I’ll just leave this post with this: 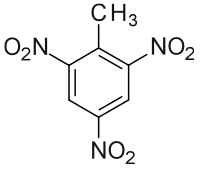